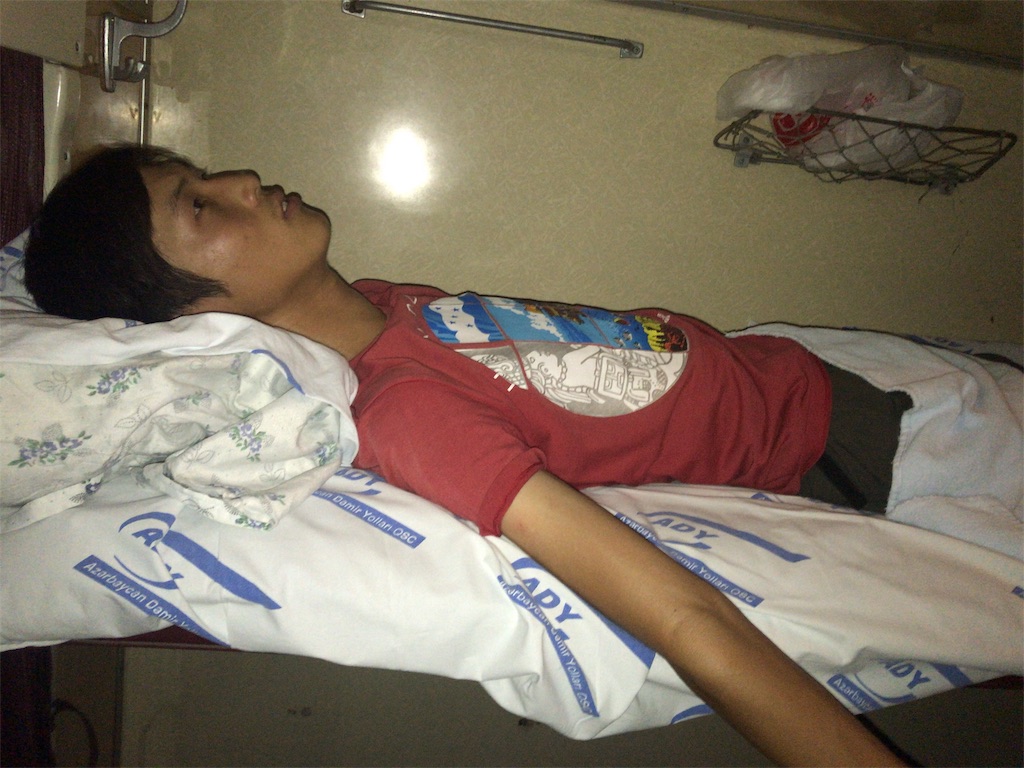 I did Camping !! So I can’t upload yesterday.

I decided to leave Azerbaijan in the night. At first I would go to border Hitchhike but I found cheap train ticket.

It is last station and near border which is not famous than any other.

The distance is almost 500km and spend 9h but price is amazing.

I can sleep and close border!! 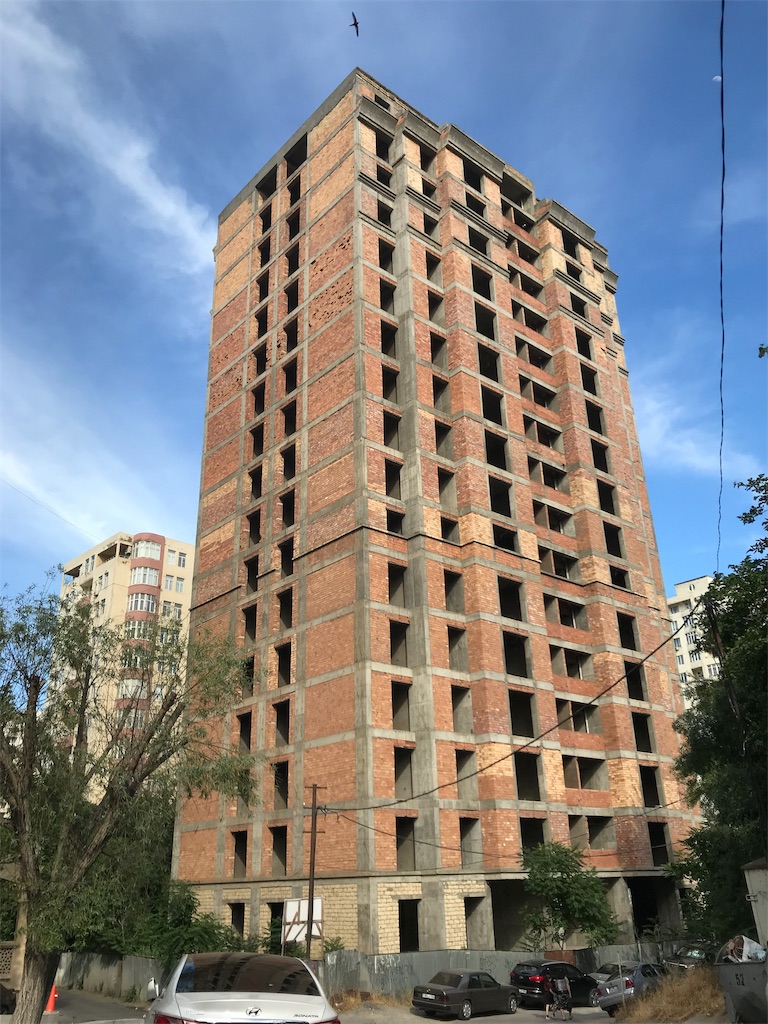 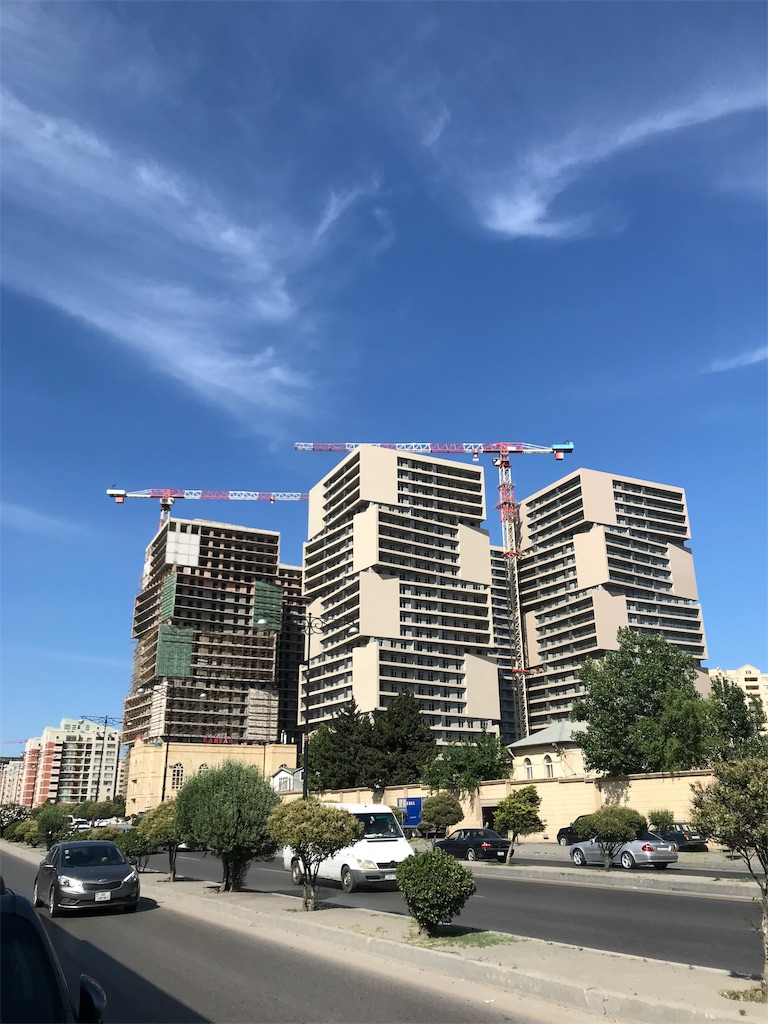 While I was walking, I sweated as like Iguasu water fall. When I arrived central station, Only I looked like to get storm ⛈

Ticket office accepted credit card however I paid cash. And some people could speak English. 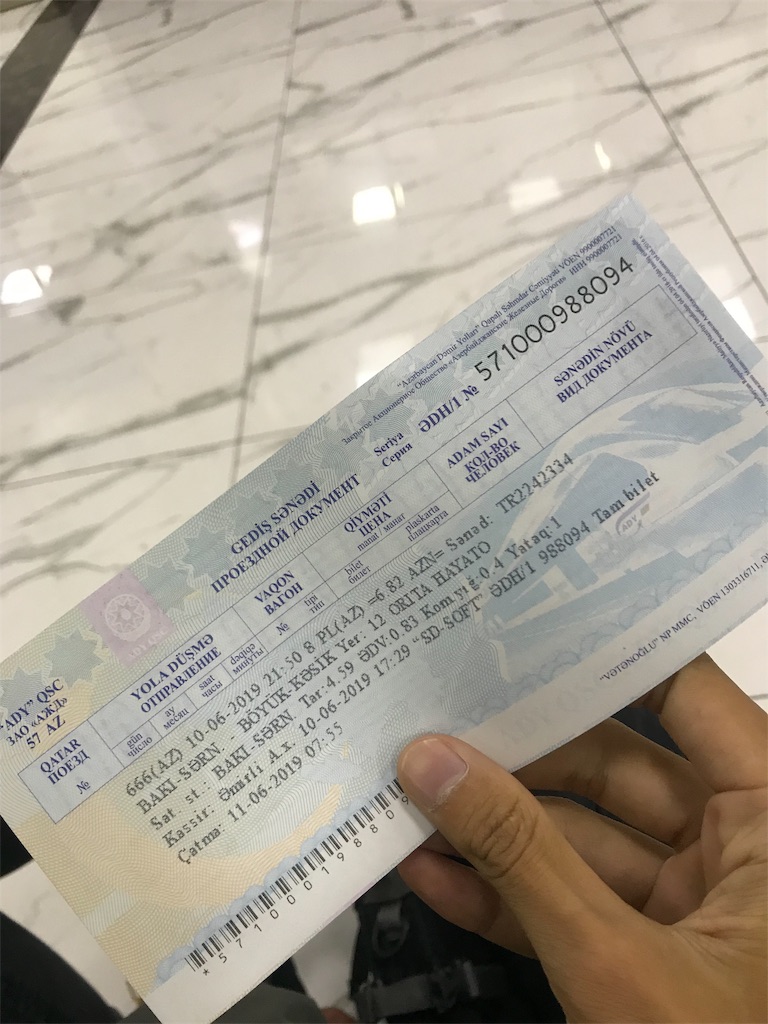 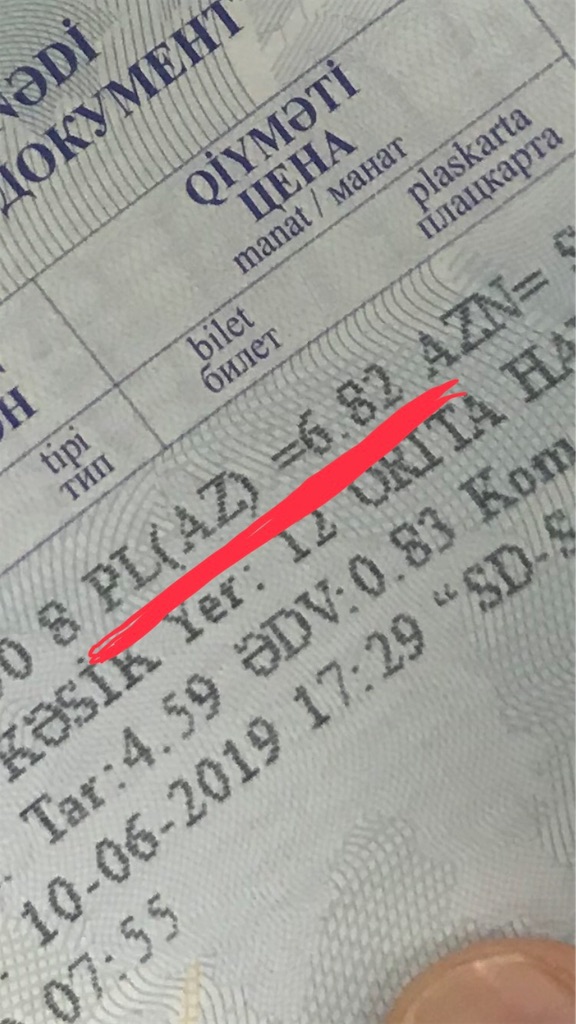 Certainly there was cheaper ticket than online!!!

Of course I chose most cheapest seat. Btw online sell from second class??? I recommend to buy ticket in station. 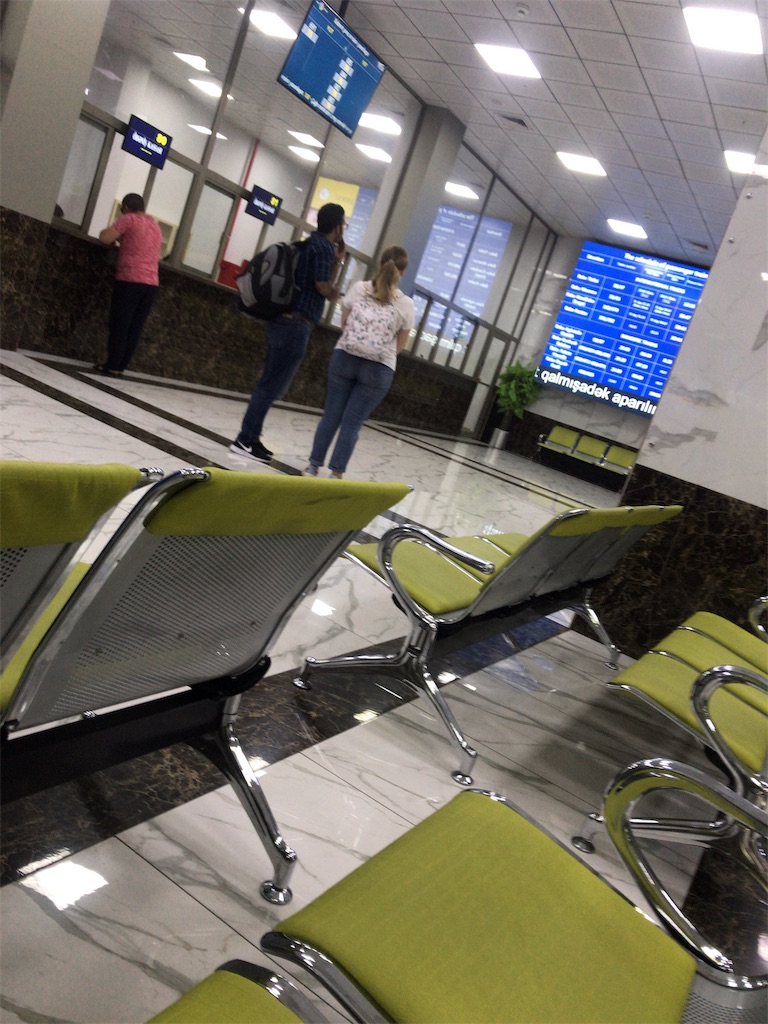 waitng space. Although it was written “free WiFi”, it didn’t work.

The time which I leave came. I headed out to platform. 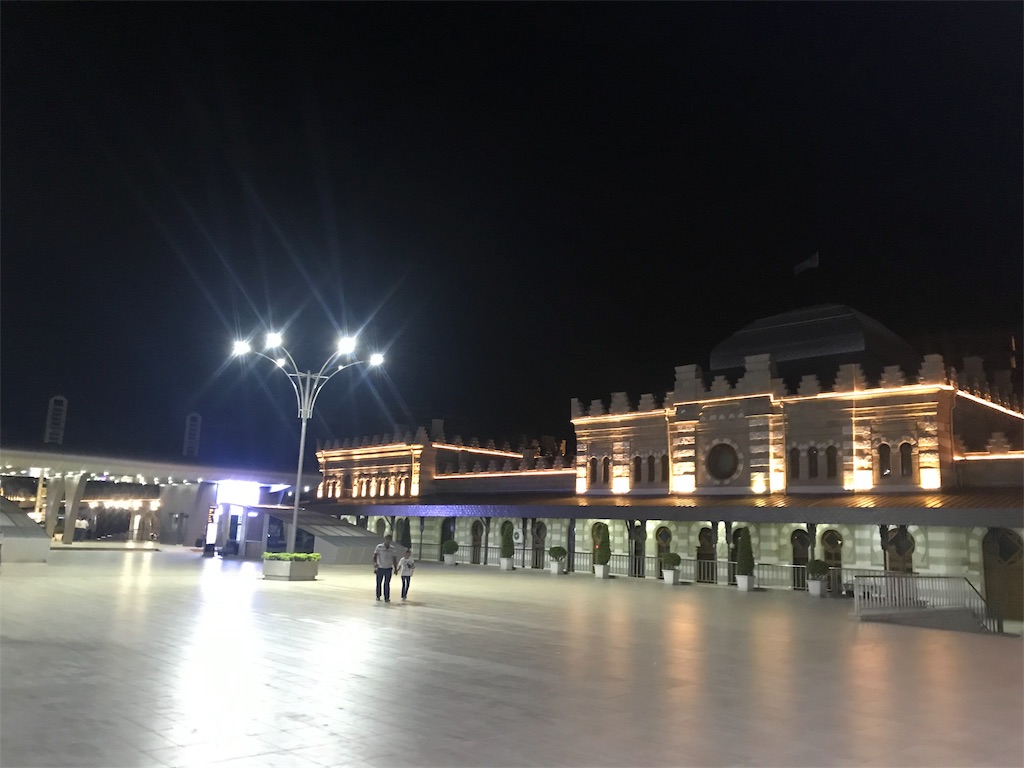 There were many people. This train seemed to stop some cities. 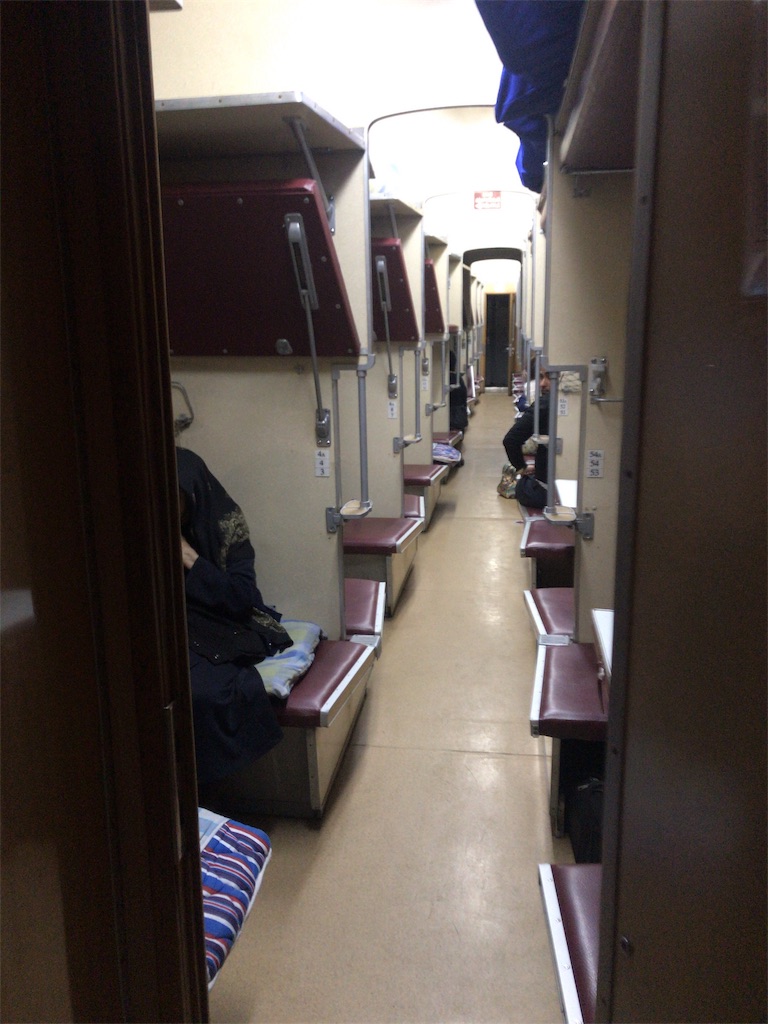 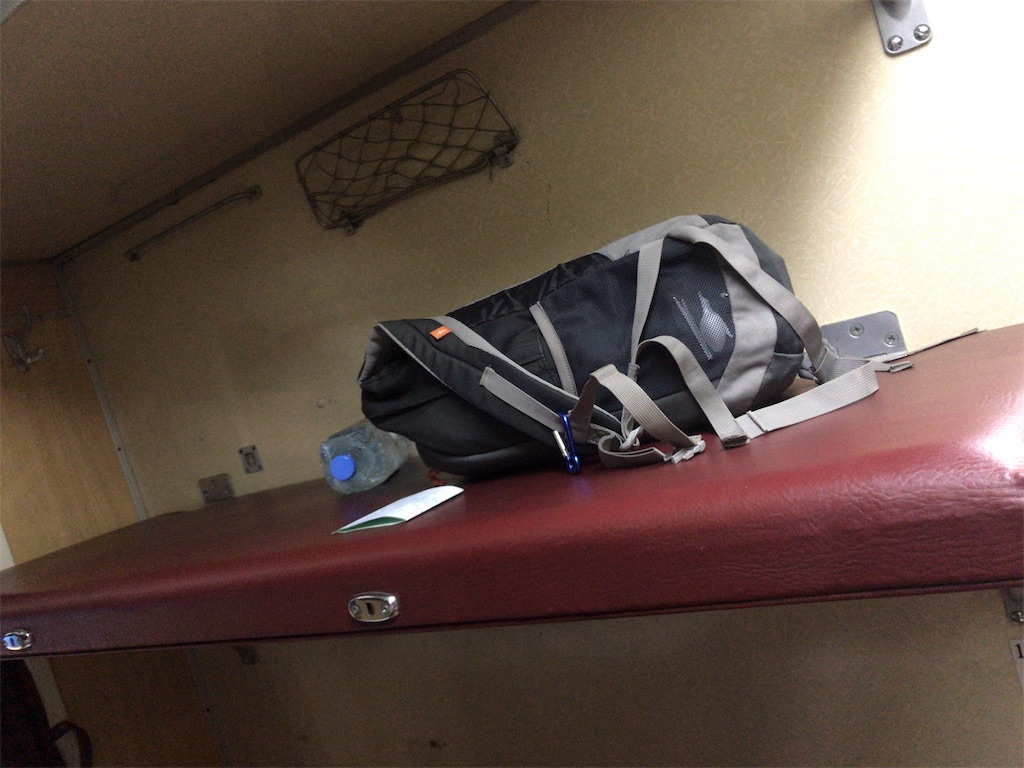 Train was as well as I took in Russia. So they have hot water. 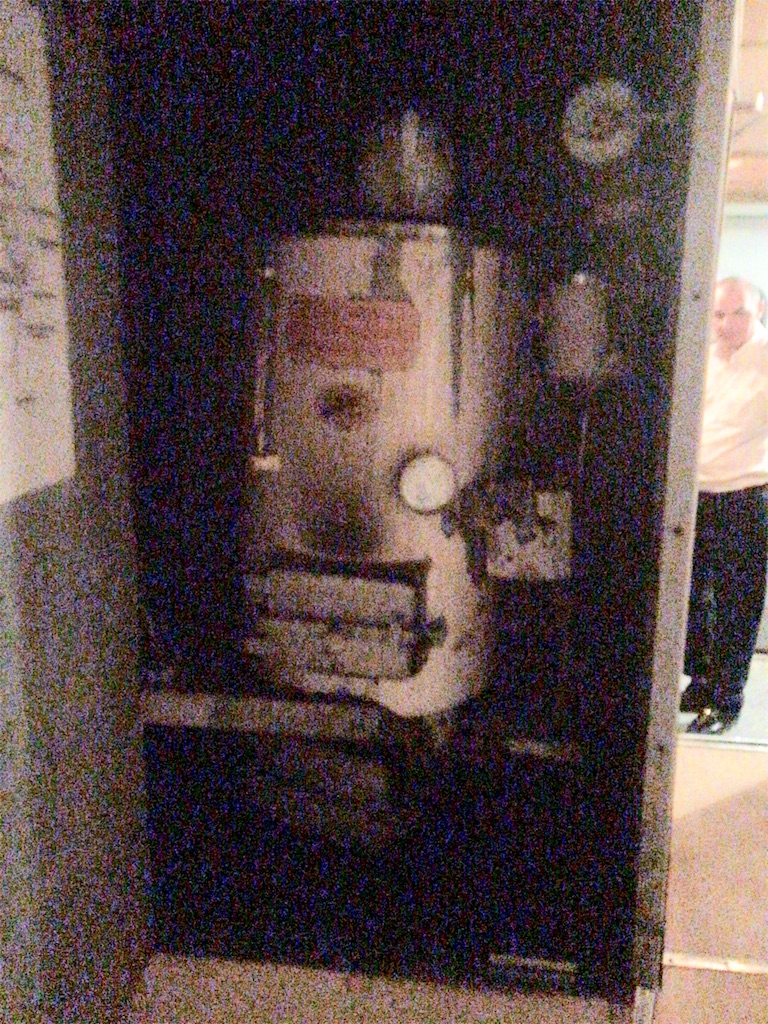 So Russian train doesn’t have air conditioning ( especially in this case??), inside was horrible hot and humidity. 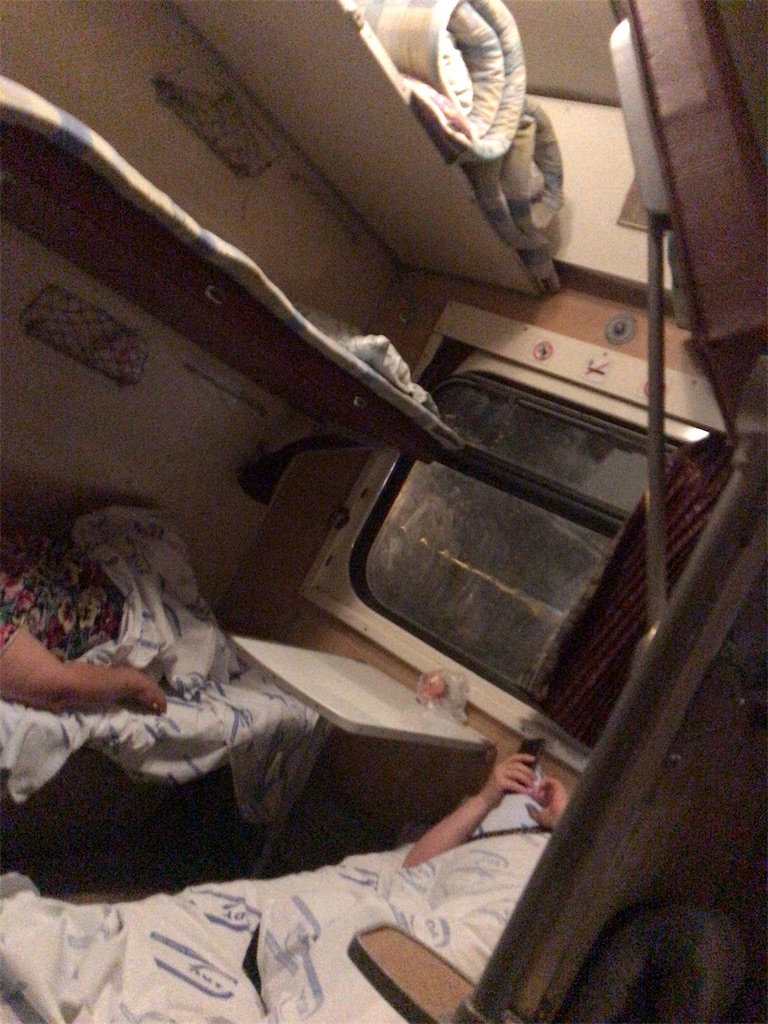 So we also tried to open... 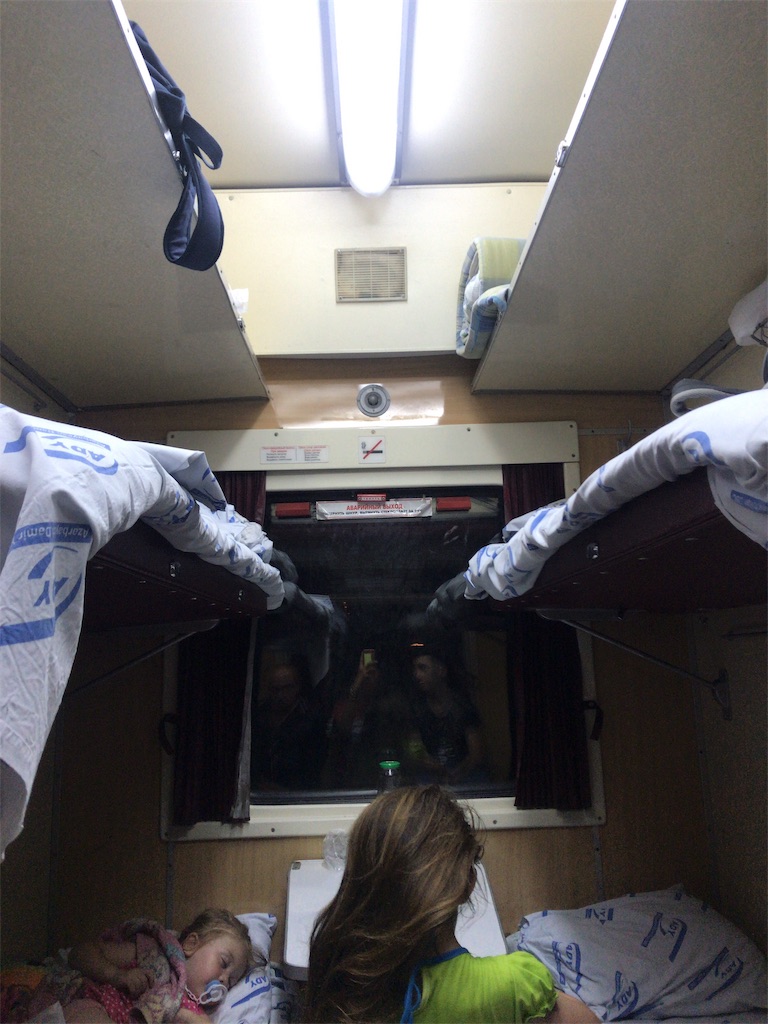 We are gonna melting.. 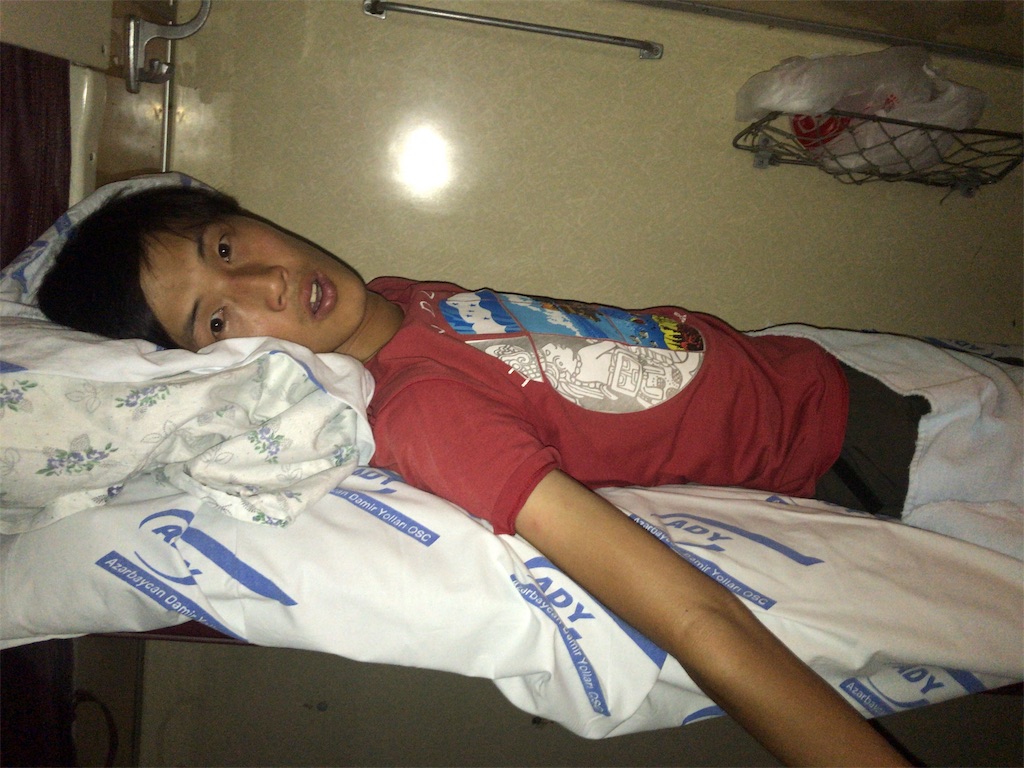 Why only my compartment can’t open!!😭😭😭however besides could be and looked like comfortable than ours.

8:00am, train arrived. Most of passengers used taxi but I walked 5km until border. Then nothing happened in both of immigrations. 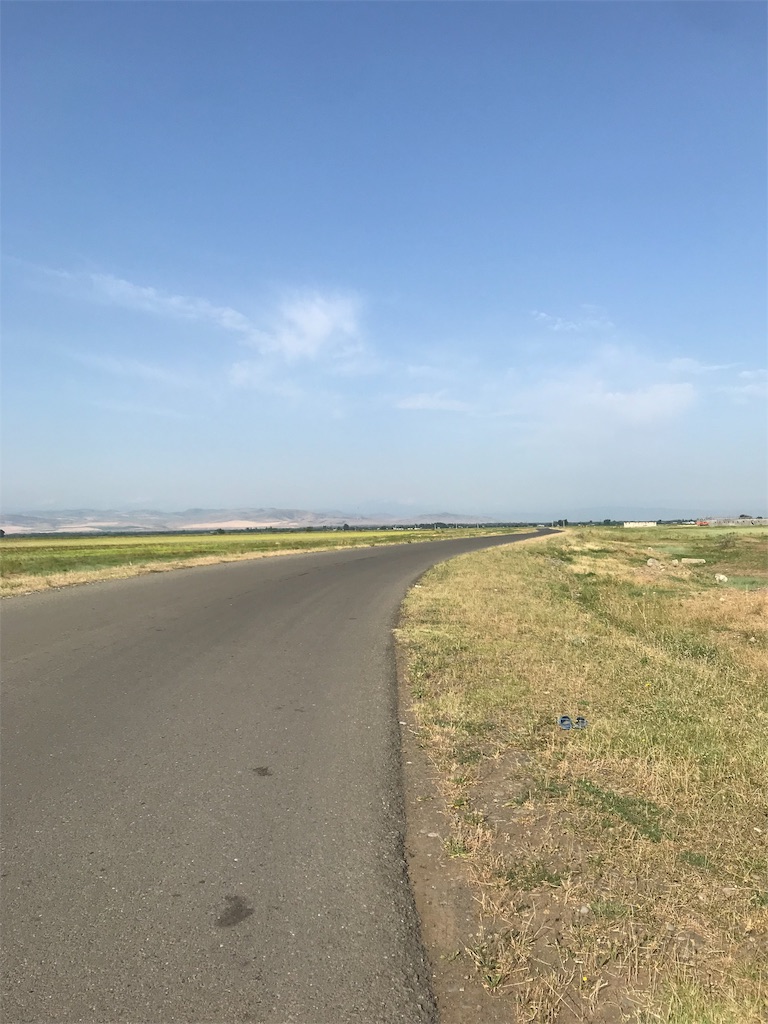 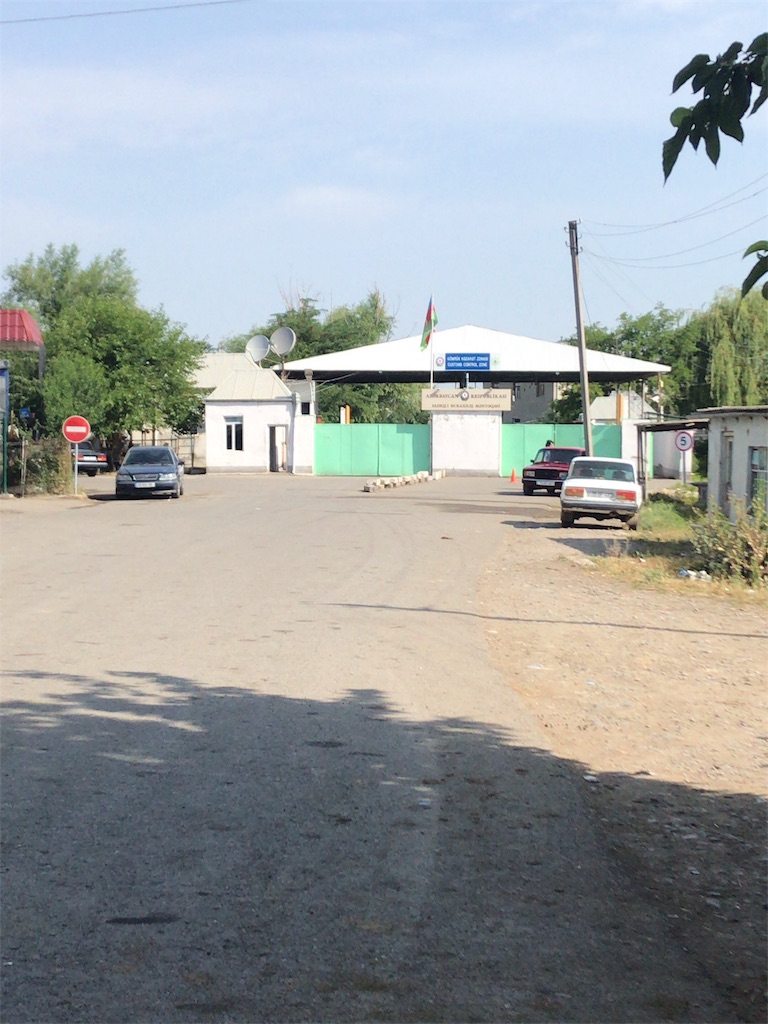 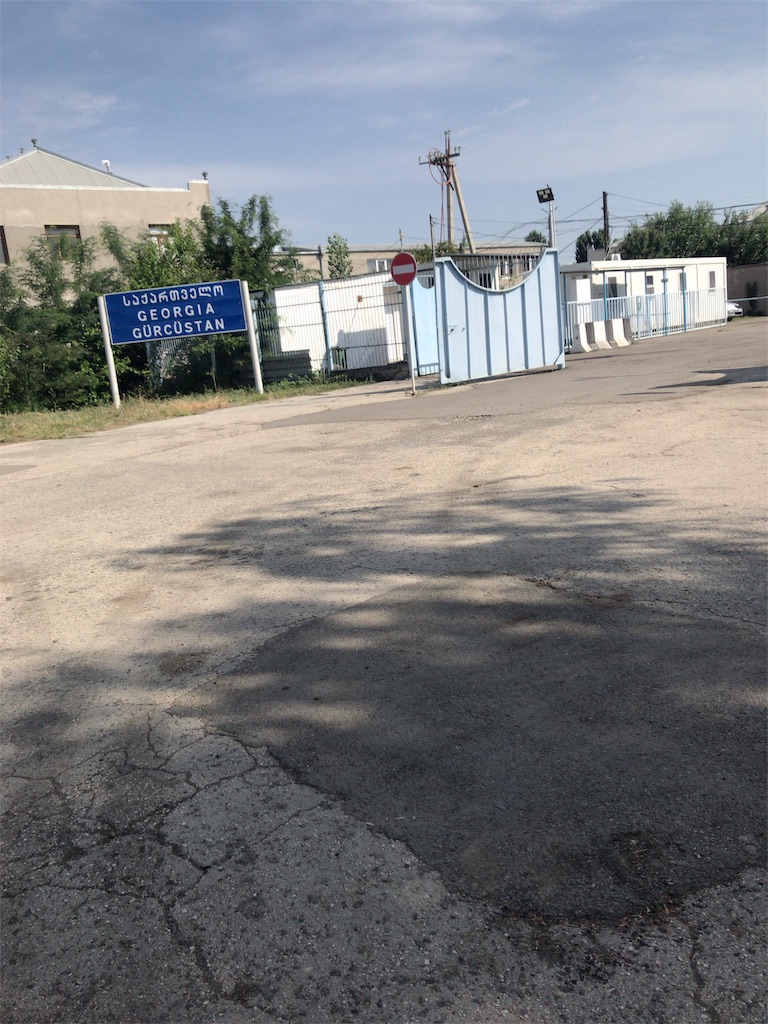 From border to Rustavi was 1.5lari by bus. And From Rustavi to Tbilisi was hitchhike.

Finally I cameback in Tbilisi. Just rest and go Armenia next day!!