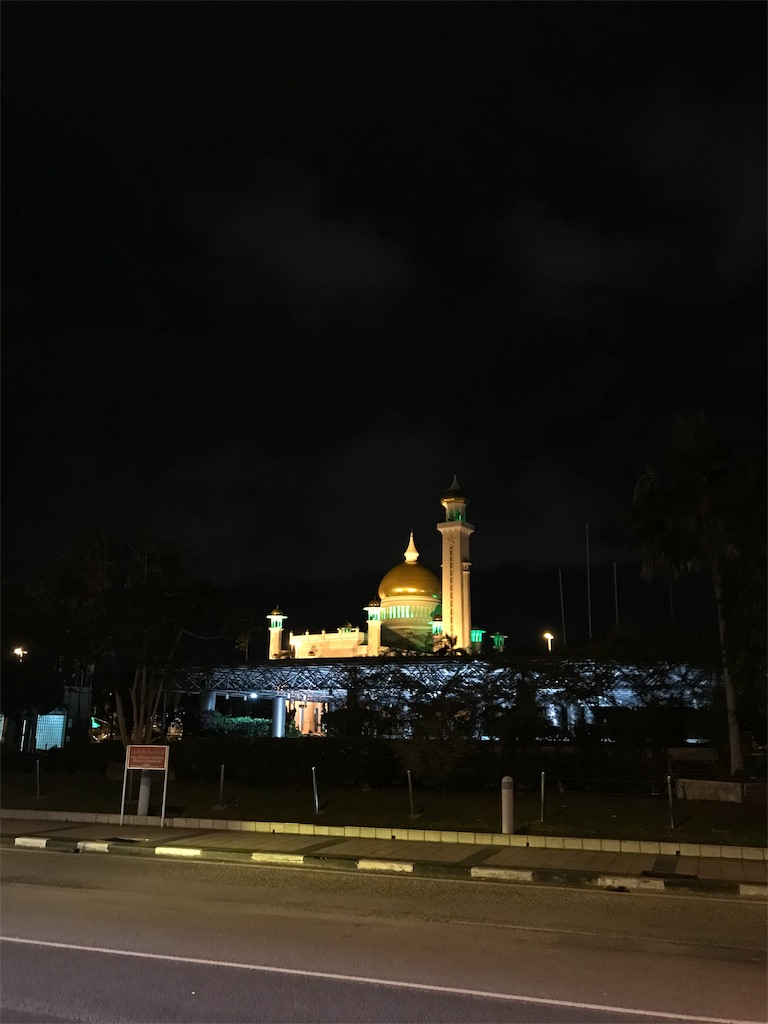 I cameback my bed and slept again. Also I was gonna leave KL. This time KL is just transit city however they don’t have many sightseeing places haha.

So I left hostel around 10am. At first I went to Adi’s home to put my big luggage because I bought most cheapest seat which didn’t include luggage fee.

My flight was 3:00pm. Check-in was super quickly. If yu take Air Asia, you might not need to come 2hours before. 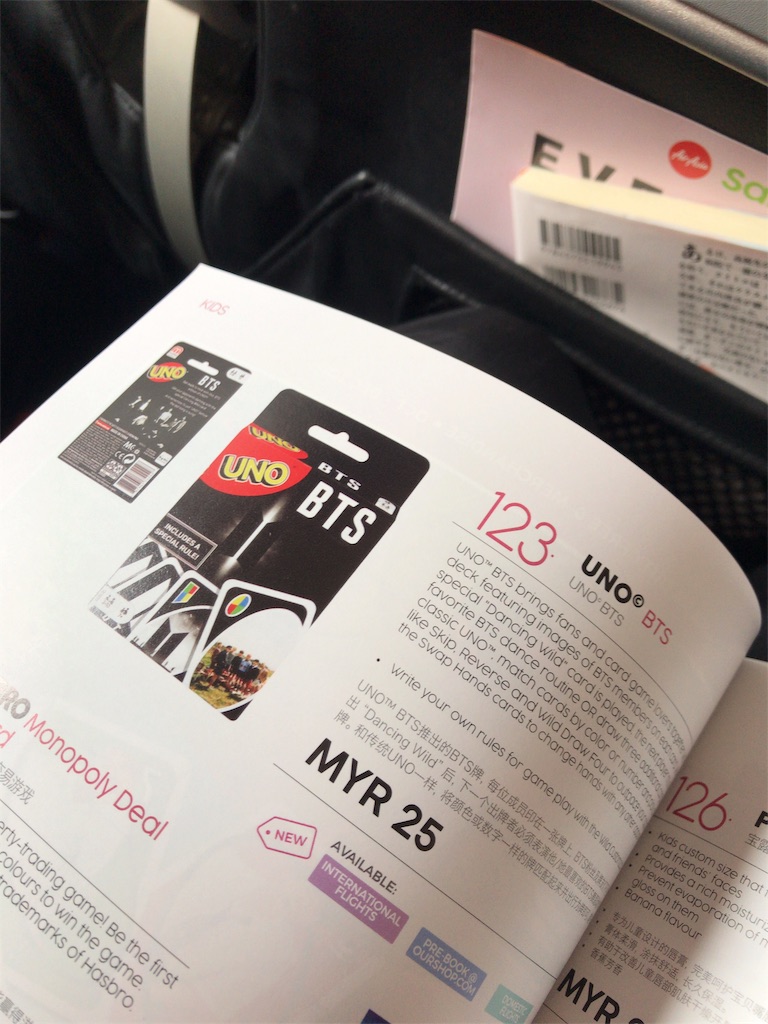 I arrived Brunei 4pm. Then I started walking to city center. It’s 8km. Of course there is a bus and it cost 80¢. Exchange in airport was not bad commissions. But as I had a lots time and no plan, I decided to do this. 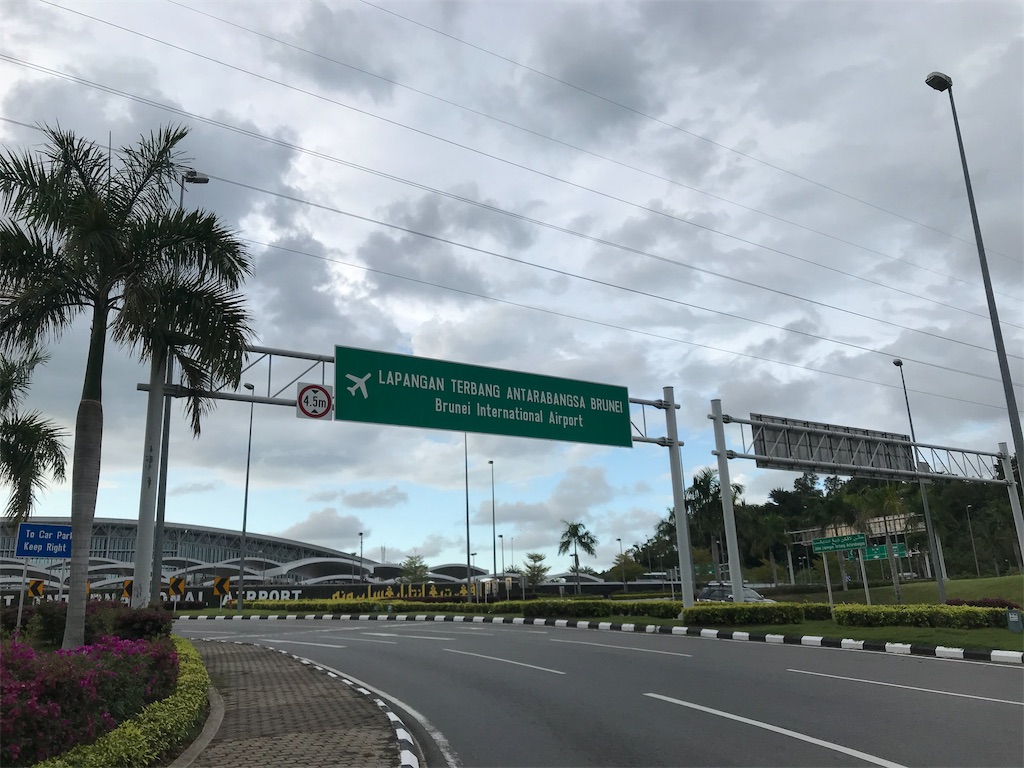 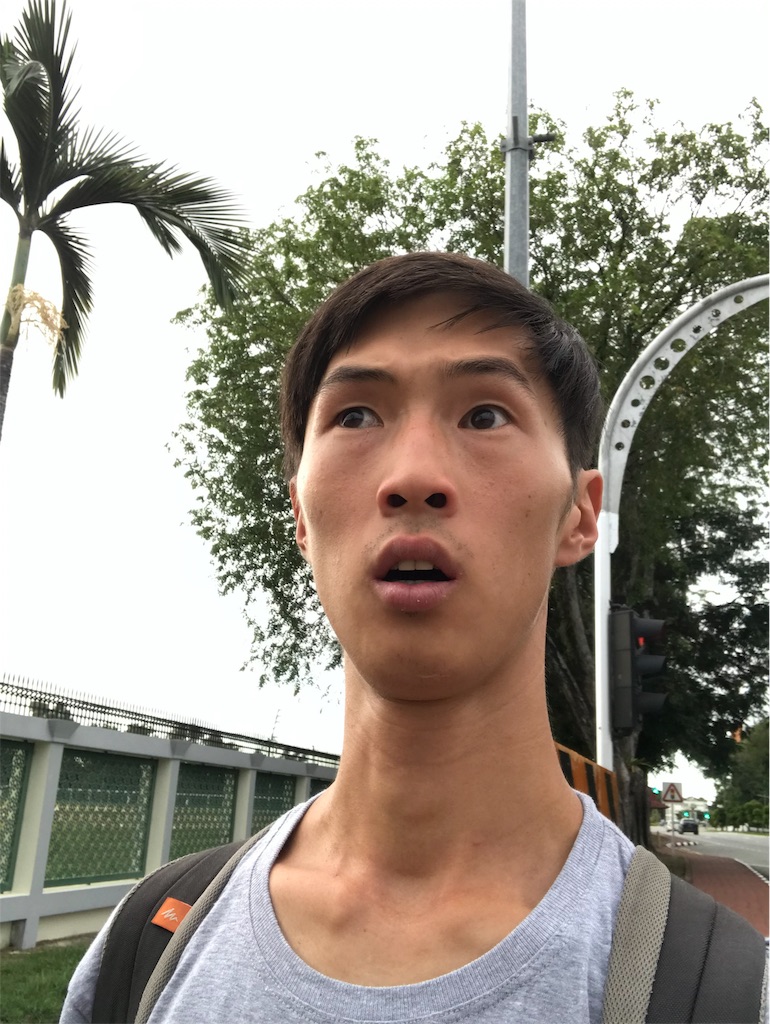 Here Burnei is hotter and humidity than Malaysia. My feeling was like I was in Jungle.

Brunei is also Muslim country but I encountered people came out from church. 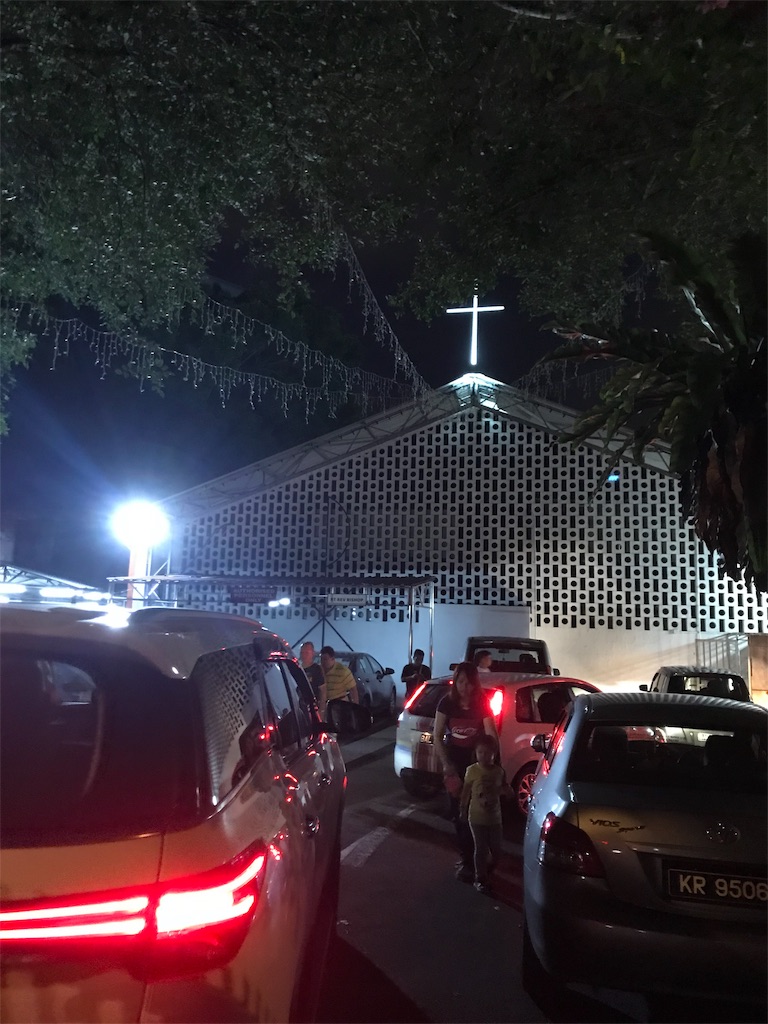 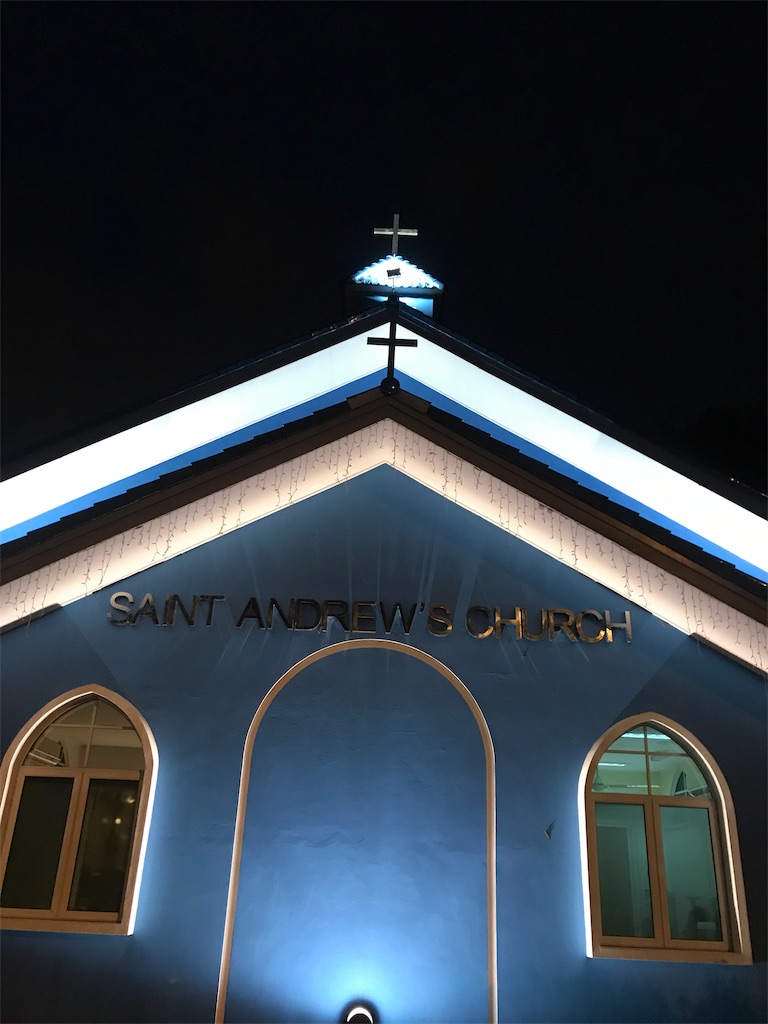 I didn’t think there is church.

As I closed to central area, I saw mosque. 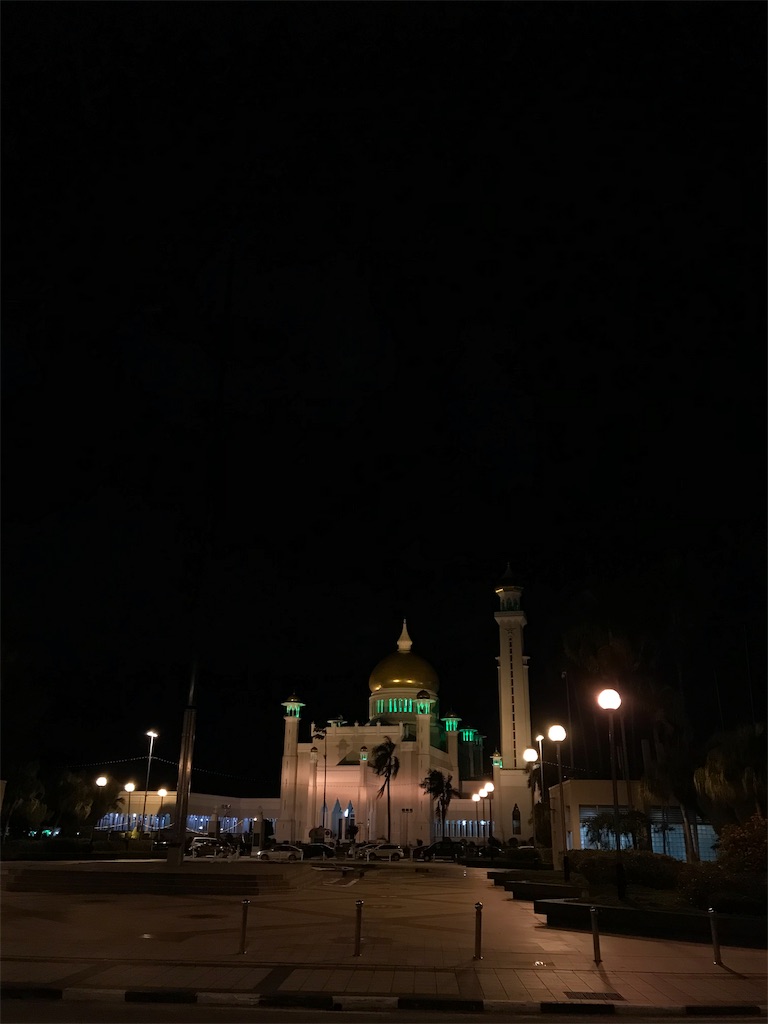 If I hadn’t see mosque too much, I would be surprised but I have already seen like these beautiful mosques in Iran...

Well, I don’t have accommodation. But I knew Brunei is one of the safest country in the world, so I decided to sleep outside.

I found good bench beside of the river. I laid down there and slept. While sleeping, some couples passed.

Around 3am, suddenly It rained ☔️☔️

I escaped where there has roof and slept again. During the night was comfortable. Good breeze, cool temperature.

Brunei has town on the river. It’s traditional residence. 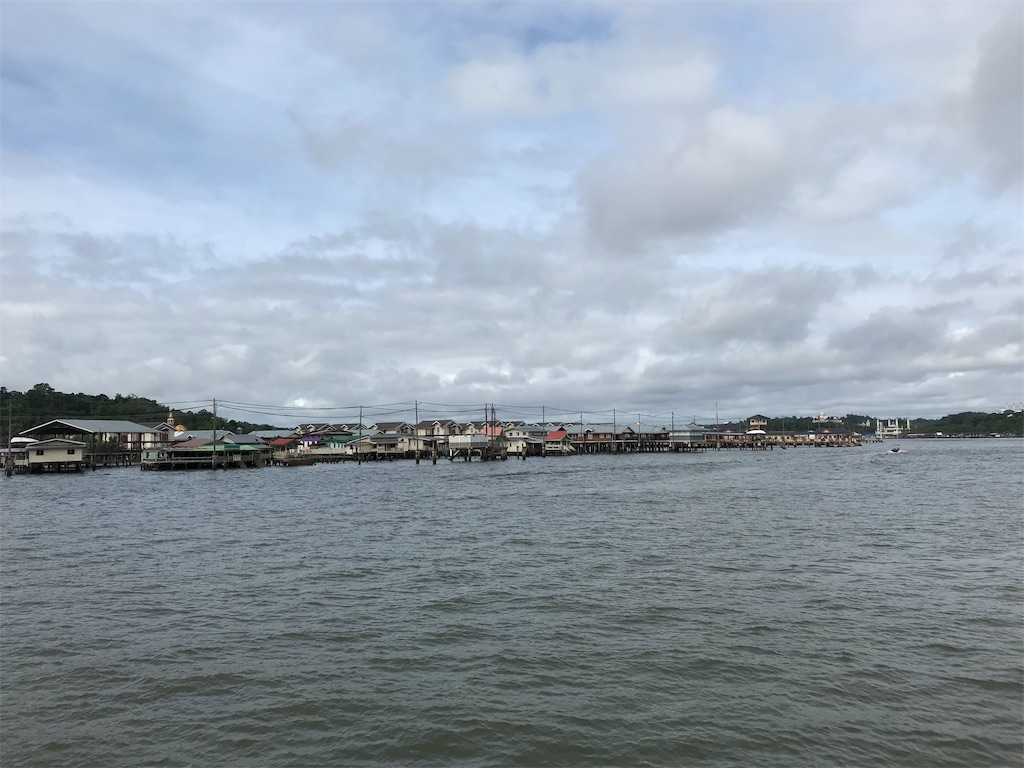 Of course locals and tourists usually use boat. But I was walking 🚶 however if using boat is 2min. I walked 1h lol 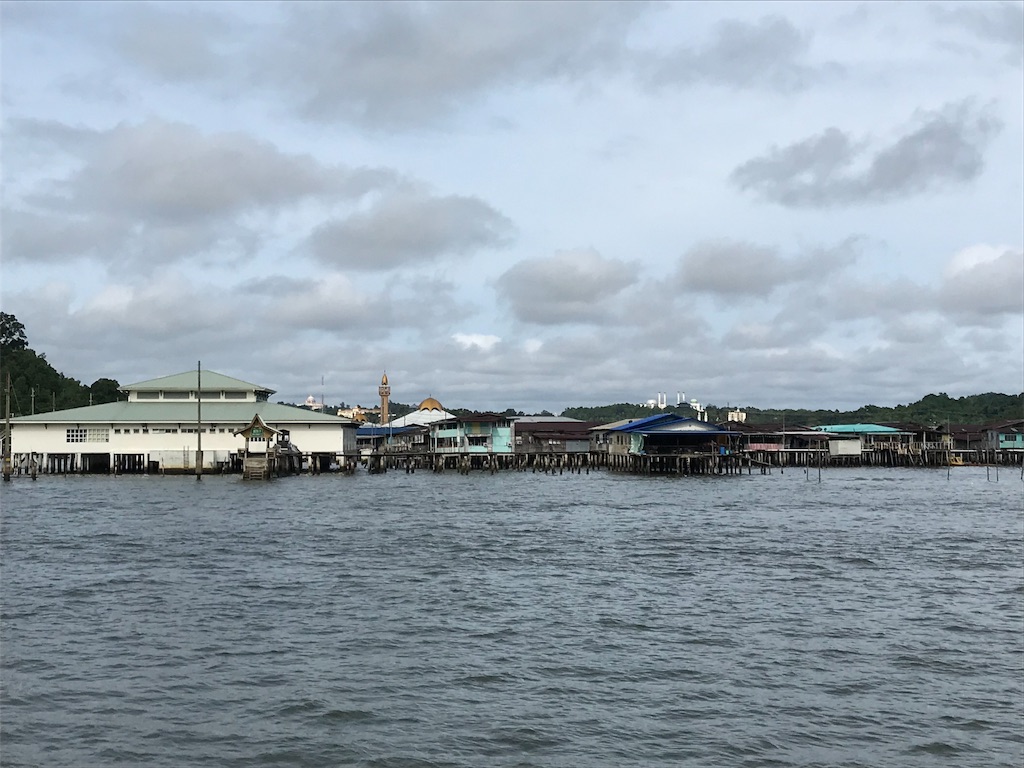 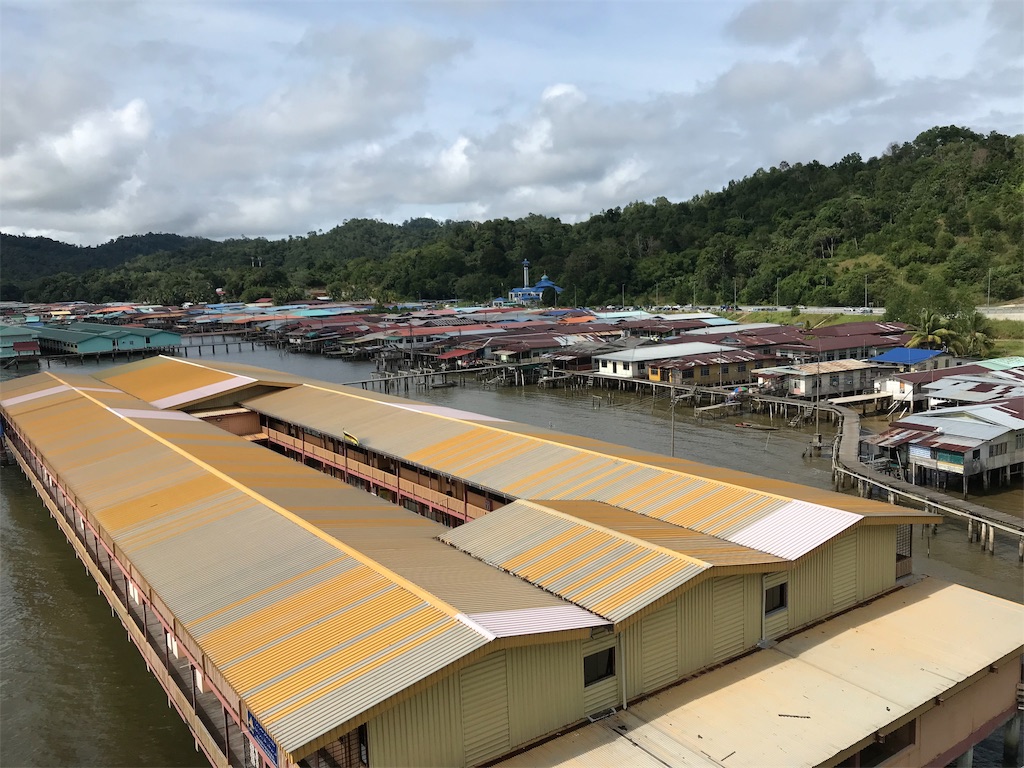 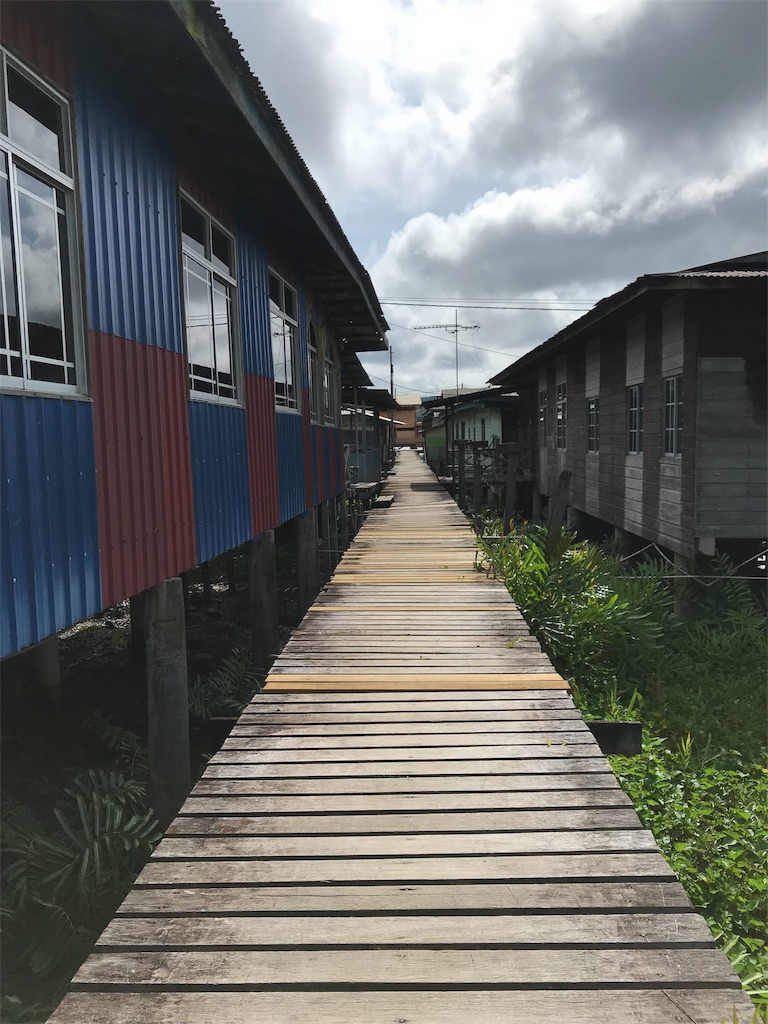 Passage is old and can see under. First time to walk on this was scary. It’s easy to imagine to break!!! 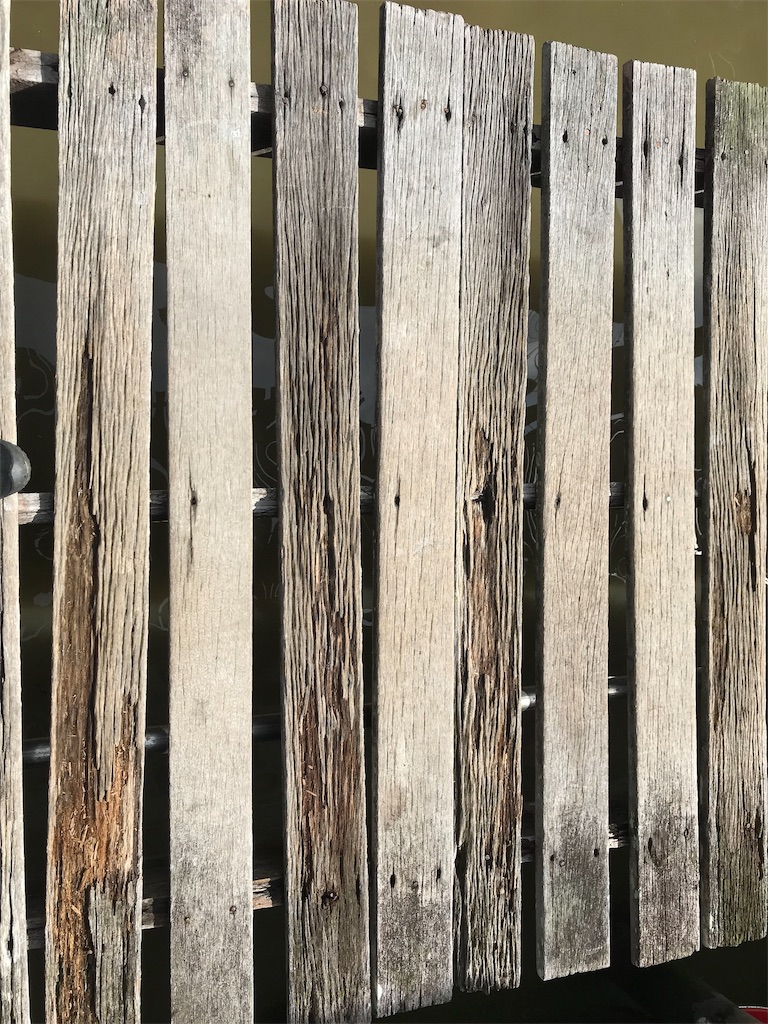 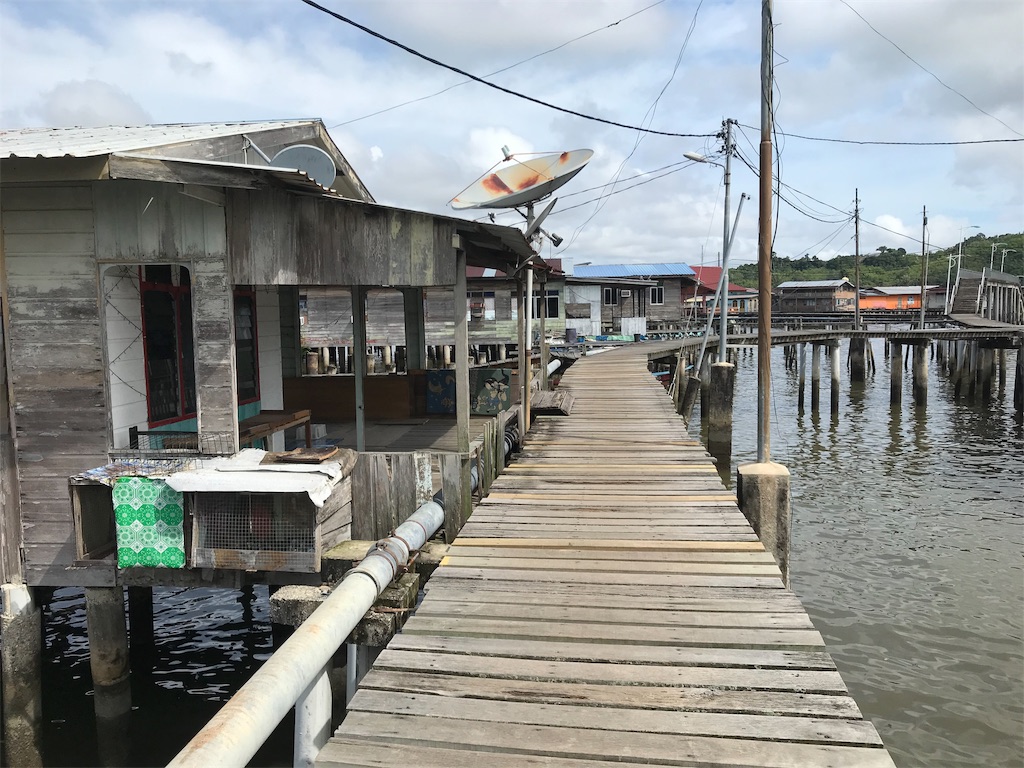 I met a guy. And he explained there were 2types residents. One of them is traditional, another is recently modern one. 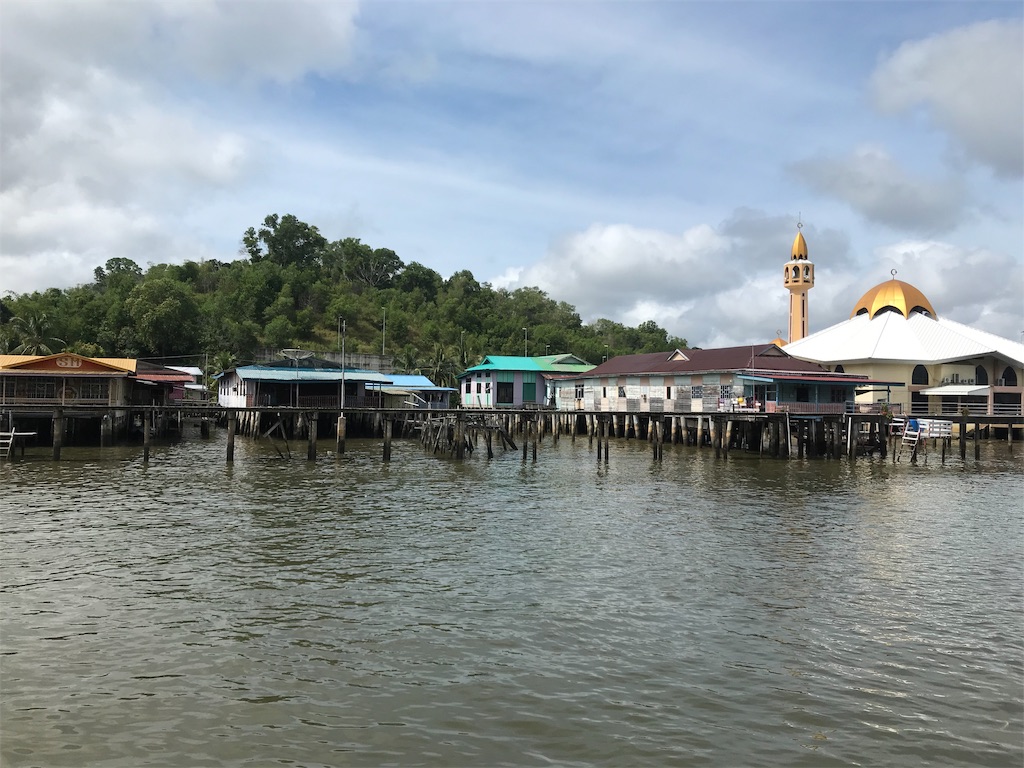 Traditional one. They are colorful houses. 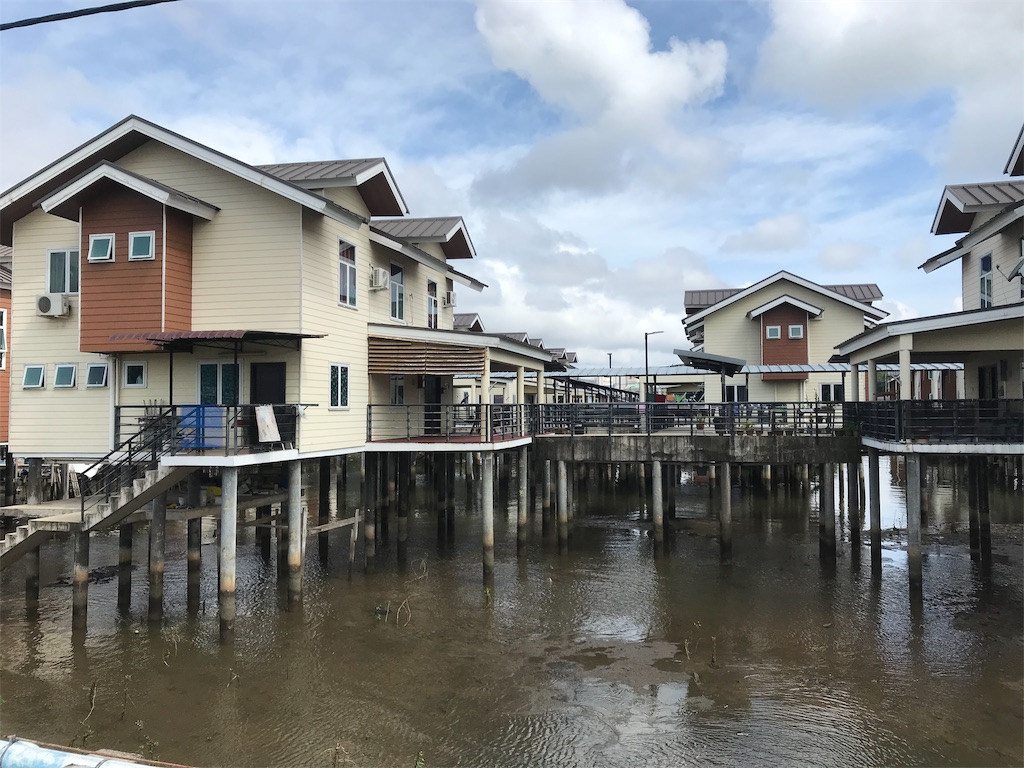 Haha. Just house on the river!! 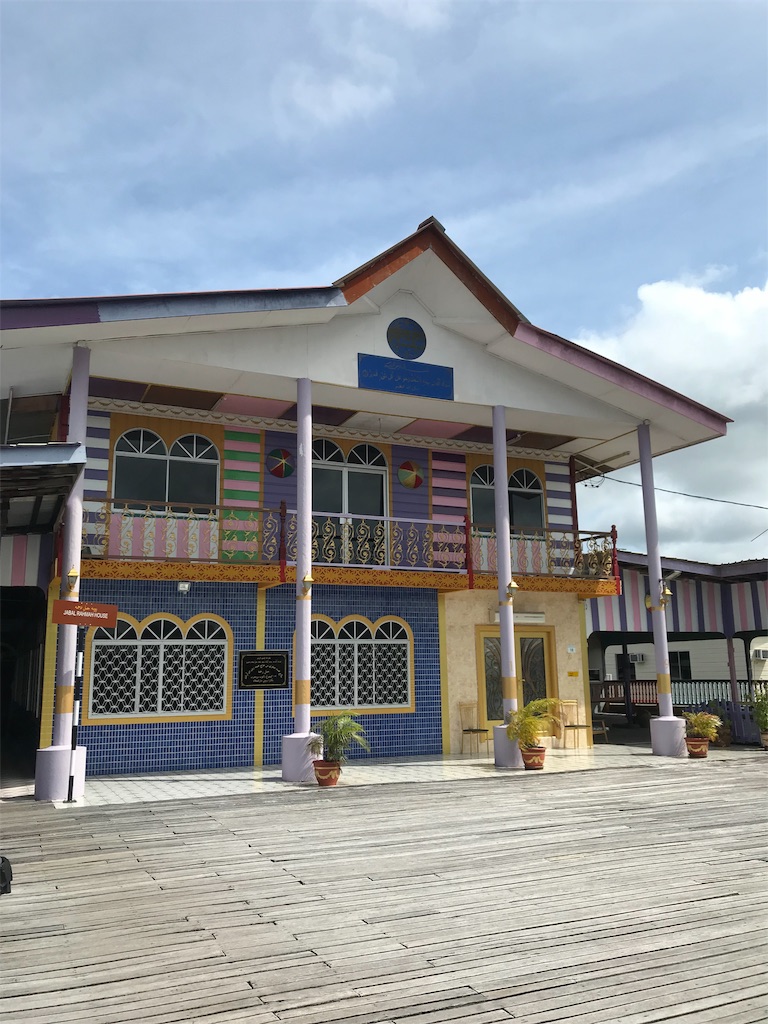 I entered such a museum. 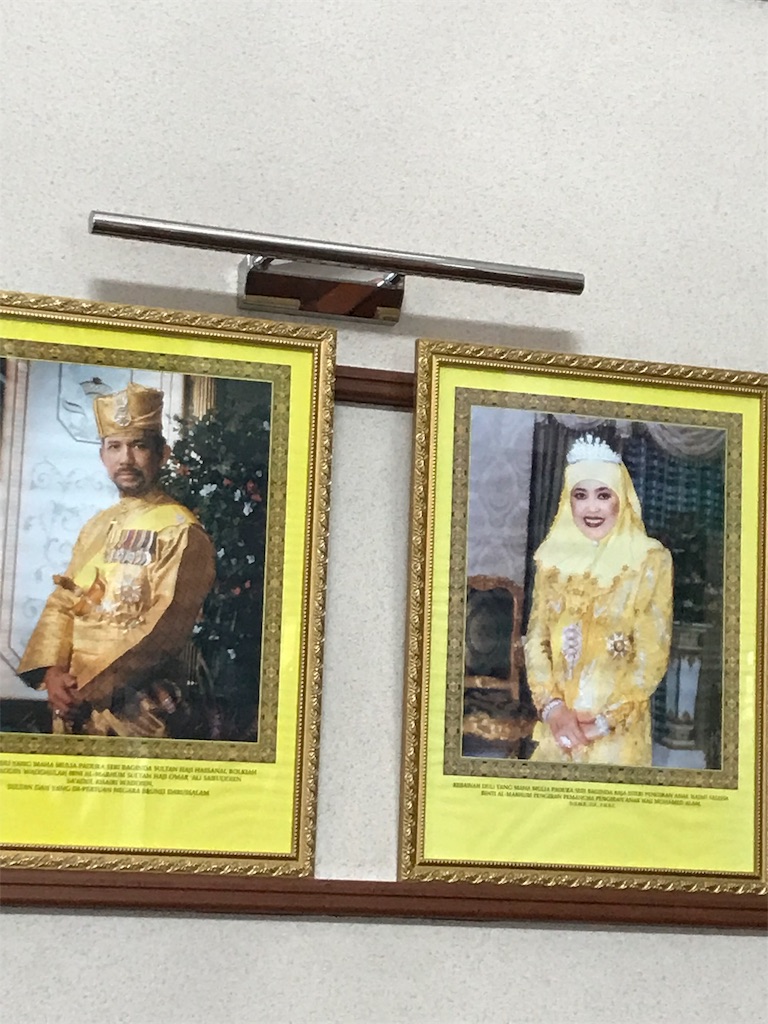 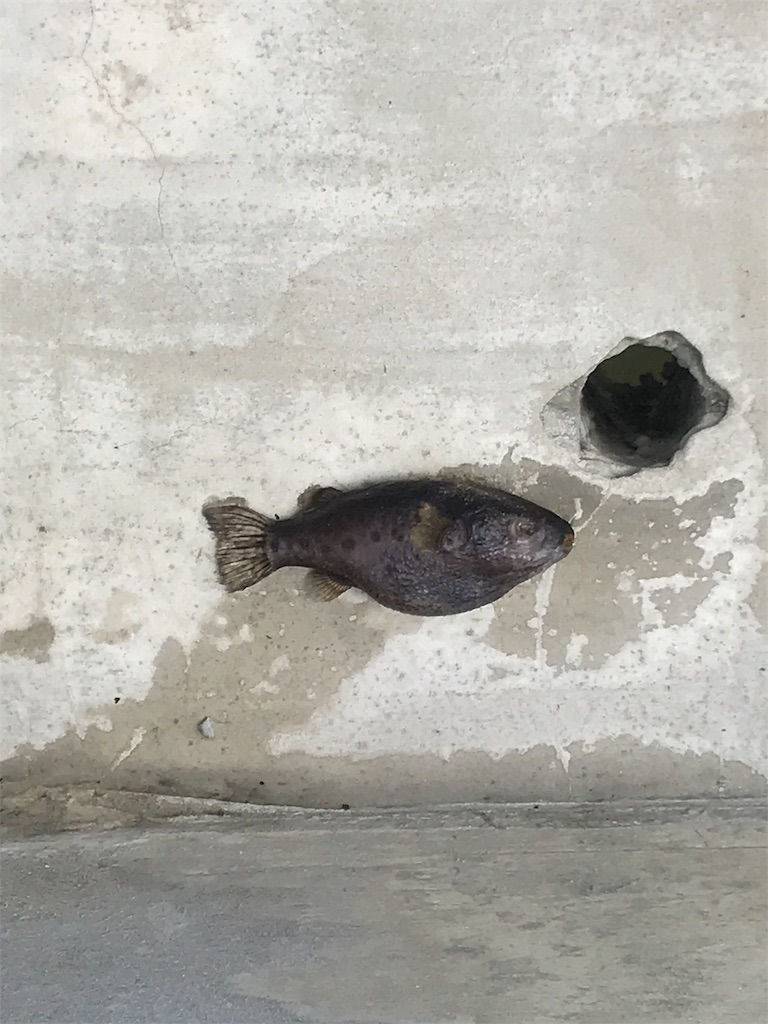 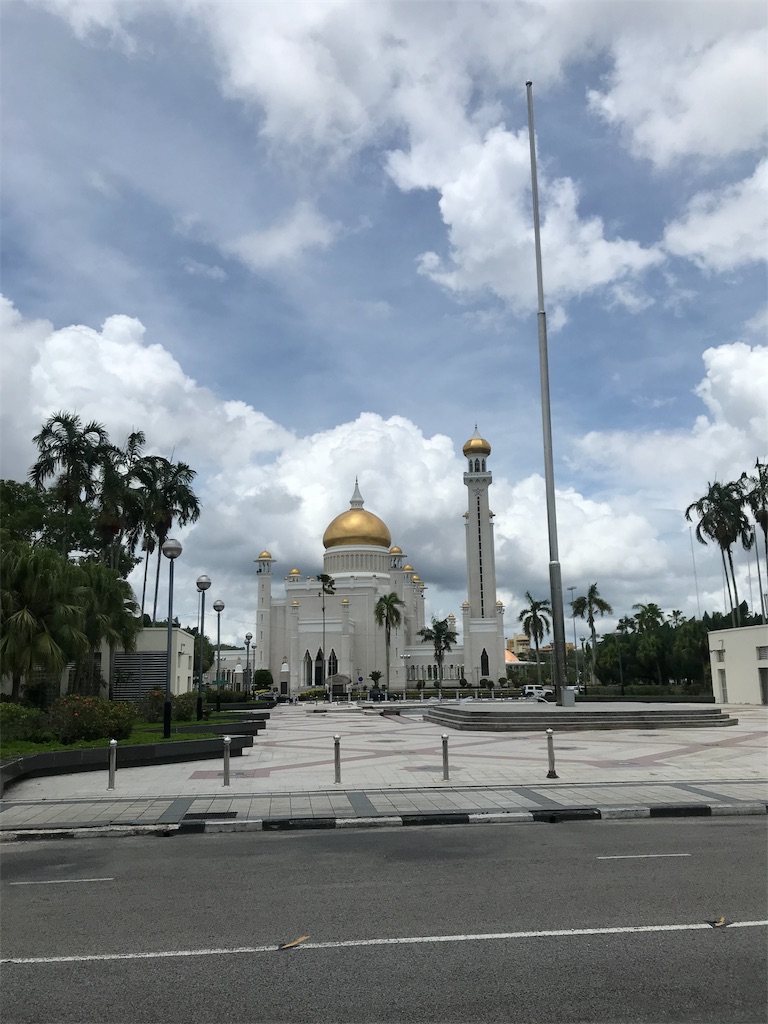 4pm, I left Brunei and cameback KL. Brunei seems to have great nature, so I’ll go there one day!! Fortunately there is directly flight from Japan.